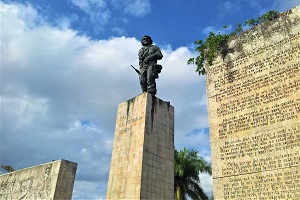 Nowhere else in Cuba does the myth of the Cuban national hero Che Guevara live on more than in Santa Clara. On December 29, 1958, the freedom fighter overcame the troops of the Batista regime here by a daring action. But after the important victory, the road to Havana was paved. Today Santa Clara represents an authentic Cuban small town, which has more to offer than the monument of the world-famous revolutionary.

With about a quarter of a million inhabitants, Santa Clara ranks among the five largest cities in Cuba. The city is located on the northern foothills of the Escambray Mountains and so embedded in a fertile and hilly landscape. By Cuban standards, it is a fairly young city. It was founded in 1689 by families fleeing pirate attacks from the city of Remedios. 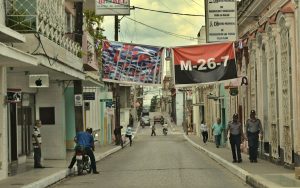 Street at the historical city center

The city center is located in the area close to the Park Vidal and the pedestrian street, the so-called Boulevard de Santa Clara. During the day, there is often a lot of activity in the pedestrian zones. According to Cuban conditions, the stores are well managed and have a neatly sorted and extensive range of goods. There are also various possibilities to get a snack or a cup of coffee.

Among the most important sights are the historic downtown, with the important Parque Vidal, the monument to the last important battle of the Cuban Revolution, and of course the imposing Che memorial at the Plaza de la Revolución, built in honor of the supposedly most famous revolutionary of all time. 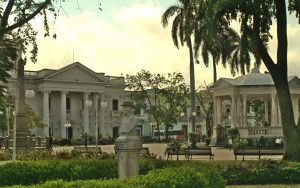 Around the main square, Parque Vidal, much of the city's public life takes place. Surrounding the park are the Casa de la Cultura, the Casa de la Trova, the neoclassical Palacio Provincial and the Teatro de la Caridad, which is modeled after the Paris Opera. If you want to rest, you can do so on one of the many inviting benches.

But beware. The park is not only popular with people, but also a meeting place for thousands of birds, which can be found increasingly in the large trees at late hours.

A closer look at the sights in Santa Clara:

Sights around the Parque Vidal

What else to see 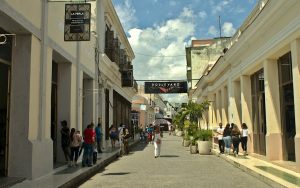 Hungry travelers can find simple snacks in the pedestrian zone on Boulevard San Rafael. In a genuine atmosphere, you can also get a coffee or a bite to eat in one of the cozy pubs on Calle Céspedes. The best restaurant in the city center is probably Saborarte in Calle Maceo.

Let's take a close look at the best bars and restaurants in Santa Clara:

As a student city, Santa Clara has a nice nightlife to offer. In the evenings, locals gather mainly around the Park Vidal, students and young people specifically at the corner of Teatro La Caridad. A stone's throw from the square, in Calles Céspedes, there are a number of cozy student bars.

Santa Clara can be easily reached by one of the Viazul buses, but the bus station, the so-called Terminal de Ómnibus Interprovincial. The station is located a bit outside the center, a bit too far for a walk. Fortunately, horse-drawn carriages connect the center from the station for 5 Cuban pesos. The carriages leave diagonally opposite the bus station. A faster way is to charter a three-wheeled cab for about 2 to 5 USD. There are usually enough drivers waiting near the station. 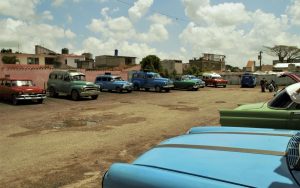 If you travel by shared cab, you do not have to go to the bus station, but to the
Terminal de Taxis. The meeting point of the shared cabs is opposite the Terminal de Ómnibus Intermunicipal. From Santa Clara, shared cabs go in all directions, for example to Cienfuegos, officially for 50 Cuban pesos (2 USD) per passenger.

Santa Clara is also linked to the important east-west railroad, that is, the main line of the Cuban rail network. Therefore, it is possible to take the trains that run between Havana and Santiago de Cuba. All the important information about traveling by train can be found in the article about railroads in Cuba. If you are lucky, you can also catch a train to Cienfuegos. The historic train station is located a little north of the city center and can be reached from the center in about a ten-minute walk. 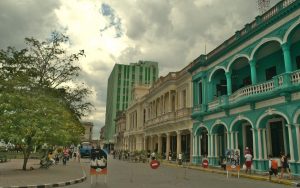 In Santa Clara, you can stay at the above-mentioned Hotel Santa Clara Libre, but this is not recommended. If you want to stay in a hotel, it is better to choose the beautiful Hotel Central, which is just as advantageously located directly at the Parque Vidal. For those who prefer a less costly homestay, there is a wide range of decent casa particulars in the center of the city.

Our recommendations for your stay in Santa Clara

There are several interesting excursions in the area surrounding Santa Clara. Just under an hour's drive east of the city lies the historically important small town of Remedios. A visit to Remedios is especially interesting for all travelers on their way to the nearby Cayos (Cayo Santa Maria), since the connecting road (Carretera a Camajuaní) leads right past the small town. Shortly before you reach the causeway to the Cayos, you will pass the Museo de la Agroindustria Azucarera (Sugar Museum), which is worth a visit.

South of Santa Clara lies the Sierra de Escambray mountains with the tropical Topes de Collantes National Park. The variety of activities and sights that are offered in the mountains can be found in the article about the Sierra de Escambray. If you drive from Santa Clara on highway 474 in the direction of Trinidad for about an hour, you will reach the big Hanabanilla lake, which is well worth seeing and where you can take an exciting boat trip. If you want to get to the reservoir, leave the highway at Manicaragua. 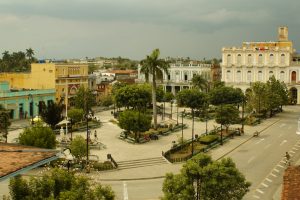 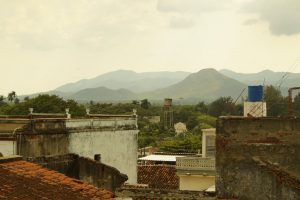 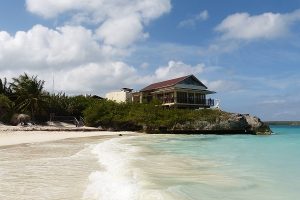 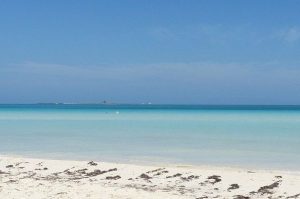