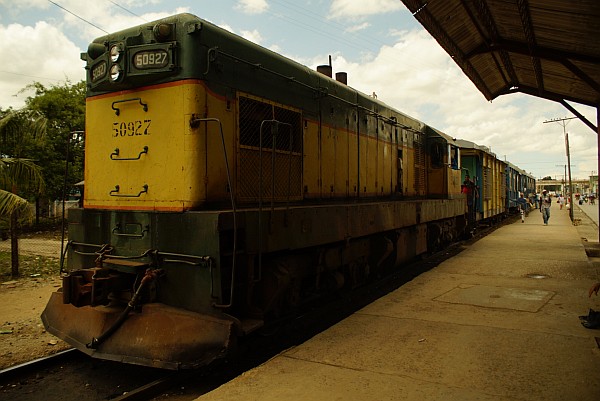 Train travel in Cuba is primarily recommended for longer distances or travelers who see that journey as an experience. For a long time discarded trains from Europe or Canada ran in Cuba. Now the main line Havana - Santiago has been renovated and new trains were added in 2019. Despite these improvements, rail travel in Cuba remains problematic. For travelers who also see the journey as their destination, a train ride can be an unforgettable adventure. This article covers all important information about traveling by train in Cuba.

Cuba is the only Caribbean island with a railroad for passenger transport. This means of transportation has a long tradition on the island. The first steam train line went into operation in Havana as early as 1837. This connection was not only the first in Latin America, but also one of the first in the world. Over time, the Cuban route network grew to about 8,000 km. 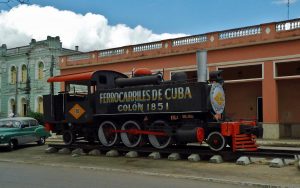 Due to the geographical situation, there is a main route in Cuba that runs from the west to the east of the island. It connects Havana to Santiago de Cuba and integrates almost all major cities. In addition to this important west-east route, there are also various secondary routes. The electric Hershey train is a special feature.

If you want to travel by train, you should note that they are definitely not reliable. In order to be at the airport on time the next day, it is better to take other means of transport.

History & Development of the Railway

During the severe economic crisis that followed the collapse of the USSR in the early 1990s, rail operations were interrupted for a long time. Half a decade later, the Cuban state began to get used material abroad to replace the broken locomotives. Due to the dilapidated state of the infrastructure, train journeys were not only uncomfortable for a long time, but also extremely unreliable and slow. So the better state buses were selected for those who could afford it.

The efforts to modernize the infrastructure have recently gained force. The support that Cuba receives from Russia and the Far East is decisive for this development. Russia is supplying diesel locomotives and helping to renovate the railway infrastructure. The plan is to initially renew more than a thousand kilometers of rail line. In addition, Cuban workers are trained in Russia. 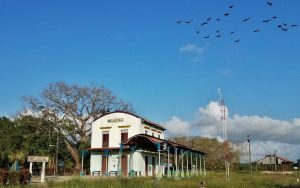 Railroad station in Bejucal: one of the oldest in Cuba - today without connections (2018)

In addition to Russia, China is also expanding its influence on the island and providing financial means for Cuba to purchase their equipment. The first Chinese trains reached the island in 2019. These new trains run on the main line between Havana and Santiago, largely renovated in 2020. Stations and tracks are also being repaired on secondary lines.

Despite these investments, the general infrastructure is still in poor condition. Due to the lack of equipment, more important secondary routes can still not be used and the main connection is not operated on a daily basis.

The railway is therefore still of only minor tourist importance. Trains are by far not as important for tourism as the popular state buses.

The Chinese wagons are quite comfortable. There are two classes, the first one is air-conditioned. But it has to be seen how long the better condition will be maintained. There is an on-board bistro, but it is better to take enough provisions with you. Also, vendors are not allowed on the train.

While the locomotives are gradually being replaced, many of the wagons are still the old discarded ones from other countries. Due to its oldness, the lack of maintenance and cleaning, a Cuban train is not the best option for sensitive tourists. The seats are comfortable, but most of the rest of the trains are in very bad condition. Although there are no sleeping cars, the seats can be tilted quite far back.

Traveling by train is popular with many Cubans because the tickets are relatively cheap. Therefore, longer routes are usually booked out quite early. You don’t need to worry; the trains don't get overcrowded because each ticket includes a seat.

In trains with air-conditioning, you should take something warm to wear into the compartment. While in not air-conditioned ones, it can get very hot, so that you stick to the synthetic leather of the seats. The driving noises are often extreme. The toilets are usually in poor condition and there is no toilet paper. In air-conditioned trains, the closed windows make it difficult to avoid the unpleasant odors from the toilets. The doors between the coaches are often broken, so the smell can move into the compartments. If you travel with children, you should note that the train is always operated with the doors open.

On longer routes, vendors go through the trains at the stations. You can buy small snacks and drinks from them. It’s better not to have high expectations regarding the offer and quality. In any case, it is recommended to have enough provisions – especially drinking water.

The new Chinese wagons, on the other hand, seem quite comfortable. With the introduction of these trains, the journey along the main line from Havana to Santiago has not only become more reliable, but also much more pleasant.

The main route between Havana and Santiago de Cuba

The most important route in Cuba is the west-east connection between Havana and Santiago or Guantánamo. This main route is around 900 km long, so you have to expect a travel time of 10 to 12 hours. A domestic flight from one end to the other of the island is much faster.

On the way to the east, starting from Havana, you pass the cities of Matanzas, Santa Clara, Sancti Spíritus, Camagüey, Holguín until you finally reach Santiago de Cuba. Before the introduction of the new trains, it regularly happened that they also arrived at the main line with a delay of ten or more hours. Those who were not very lucky could experience total failures. It remains to be seen how much reliability has been improved.

Depending on the circumstances (defects) or the lack of fuel, the trains run differently often. Long-distance trains are usually operated at two- or three-day intervals.

Besides the important west-east connection, there are some branch lines. A train runs between Havana and Pinar del Rio. Another route goes from Havana first to the south and then east to Cienfuegos.

The trains to Pinar del Rio depart from Havana at 19 De Noviembre station in the Nuevo Vedado district. The timetables are posted on blackboards in the train stations. If the locomotive is not defective and the fuel has not run out, the timetables will be kept. However, it must be expected that trains will run later or often fail completely.

There are a number of other interesting branch lines. For example, there is a train from Santa Clara to Sopimpa. The beautiful route goes into the mountains and is served by an East German rail bus.

While Cubans receive subsidized tickets in Cuban pesos, foreigners have to pay the fare in USD. For tourists the prices are 25 times more expensive.

During the introduction of the new Chinese trains, the prices also increased significantly. While the trip from Havana to Santiago in the old trains started at 30 USD, today it costs at least 70 USD. The current prices are shown in the following table.

How to reserve a train ticket

If you decide to go on the train adventure, it’s important to know that tickets cannot be reserved on the Internet. The bookings have to be made in Cuba at train stations or the state sales points (Viajero). It is advisable to ask about the closest sales point in the city. Under certain circumstances it is possible to avoid the way to the train station, as is the case in Santiago de Cuba. Now bookings can be made for the way there and back.

Since foreigners have to pay for journeys on the main routes in USD, they usually get the tickets at short notice. Generally, it is possible to get a seat the day before or even on the day of departure. Anyway it is better to be safe and therefore to reserve a little earlier. 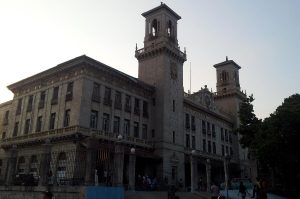 Foreigners also enjoy the advantage that they usually do not have to wait long. Cubans who want to purchase the cheaper tickets have to queue for a long time, several hours or even days.

It is important to present your passport when booking. The ticket must be confirmed at the counter one hour before the train departs. The passport should be presented again when the ticket is confirmed.

At present, the main train station in Havana is being renovated. Therefore, trains run near there, from La Coubre train station. The reservations can also be made there.

Connecting Havana and Matanzas runs the special Hershey train, famous for being the only electrified railway line in Cuba. It owes its name to the Central Hershey sugar mill, located roughly in the middle of the route, and was once operated by the American chocolate giant Hershey.

The 135 km long railway line was used to transport products and workers. After the Hershey Cooperation left Cuba, the place was renamed Central Camilo Cienfuegos, in honor to that beloved revolutionary hero. Chocolate is no longer produced today, but railway enthusiasts can visit a maintenance facility for trains - in a Cuban design - on the premises. Sometimes the train drivers let interested travelers drive the train, and they are happy to receive a small tip for it.

If you want to start a trip from Havana, you can go to the small train station in the Casablanca district. It is located on the eastern coast of the bay and can be reached from the old town of Habana Vieja in a few minutes by ferry (the fare is one peso). In Matanzas, the train does not run from the central station, but from its own small train station not far from the city center.

The travel time of the entire route is around four hours. You can buy the tickets at the train station or directly on the train. The fare is less than 2 USD. If the route or train is not defective, there is a connection a few times a day.

Attention: As a consequence of the last severe hurricane, operations were initially severely restricted and have recently been suspended entirely.

Good to know before taking a train ride in Cuba

Traveling by train in Cuba demands to be very careful with your luggage, especially on night trips. It is advisable to use a flashlight or at least a sufficient battery in the cell phone. 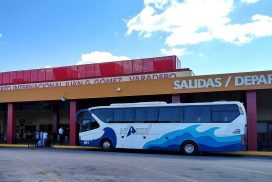 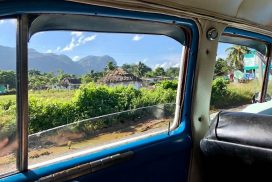 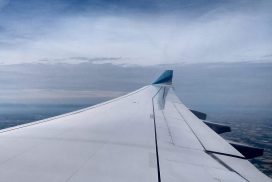 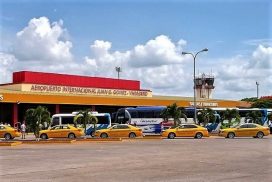 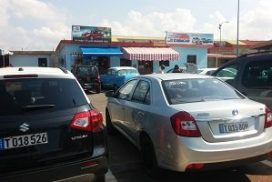 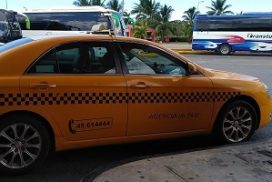