Cubans love to celebrate. If you visit the island at the right time, you can take part in a folk festival or a big fair. Even if many international events are celebrated in the capital Havana, the most famous Cuban folk festival is the Carnival in Santiago de Cuba. Go on reading this article to discover the important holidays and festivals of the country.


Every new year in Cuba starts with a big celebration: On January 1st there are several events nationwide. The first day of the new year marks not only the beginning of a new year, but also the anniversary of the victory of the Cuban Revolution. It Was January 1st, 1959, when Fidel Castro announced the triumph of the revolution in Santiago de Cuba. To celebrate this victory all over the island are held many events. In Havana a big New Year's concert is played at the Malecón. Apart from the activities on January 1st the New Year's days are relatively quiet. Schools, universities and many companies are closed. Beginning from January 3rd the country slowly begin to normalize. 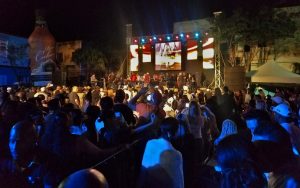 All jazz lover should consider a visit in the winter, because in mid-January (before early December) the international jazz festival of Havana is celebrated. The festival takes several days, international and Cuban musicians play at different places.

A recommended location is the Casa de la Cultura, located at 8th Street in El Vedado district. You can find all locations and bands on the official website of the festival.

At the beginning of February the annual international book fair takes place in Havana. In Cuban tradition, it is not so much a professional fair in the true sense of the word, but a large event with lots of music and fun.

The venue is the old fortress La Cabaña, located at the entrance of Havana Bay, opposite the old town Habana Vieja.

Every year at the end of February the Festival del Habano is held in Havana and the [108] Pinar del Rio region. The event is all about the cigar. It is one of the most important of its kind worldwide. You can find the program on the [109] website of the event.

Havana World Music Festival is a cool and famous event celebrated in March, in the Cuban capital. Different Cuban and international musicians play on several days of the festival. It is held either in the Vedado district of the Fabrica de Arte Cubano or under the bridge at the beautiful Almendares Park (Parque Almendares).

On April 19 several celebrations are held due to the victory of the Cuban forces in the [116] invasion of the Bay of Pigs (Bahia Cochinos) initiated by the CIA in 1961. The  invasion attempt aimed at a regime change through the overthrow of Fidel Castro. With the support of the US Navy, around 1,500 armed Cubans in exile landed in the Bay of Pigs. As is well known, the military operation ended in a fiasco for the United States.

Labor Day is an important holiday in socialist Cuba. That date people gather in the main squares early in the morning. Participation is obligatory for civil servants - of which there are many in Cuba. The employees are brought to the event locations in buses. In Havana, hundreds of thousands of people gather at the Plaza de la Revolución. In many other large cities such as Santa Clara, Camagüey and Santiago the event is held on the revolution squares. You can freely go, it's an interesting spectacle for foreigners.

The Festival del Caribe takes place in Guantánamo and Santiago de Cuba, every year at the beginning of July. It's a big street festival with lots of dance and music. There are a variety of venues. You can check the details on the website.

The anniversary of the attack on the barracks Moncada in Santiago de Cuba and Céspedes in Bayamo, is one of the most important national holidays in Cuba. The aim of the attack was to capture weapons for the revolutionary fight. It represents the starting point of the revolution. Fidel Castro was one of the few attackers who survived the daring action and was sentenced to a long prison term. To mark the anniversary, there is a political event that is held in a different city in Cuba each time. In addition, during the evening music is played in many squares.

In July, the most important carnival in Cuba is celebrated in Santiago de Cuba, which is also Cuba’s most famous folk festival. During the carnival, the streets of the island's second-largest city are transformed into a big festival area with lots of Caribbean rhythms and a crowd of visitors from all over Cuba.

To honor Che Guevara and Camilo Cienfuegos on the anniversary of their death, Cuban schools and other institutions develop different activities during this period. Camilo and Che were the most important Cuban revolutionaries besides the Castro brothers.

This date marks the commemoration of the beginning of the first war of independence, which dates back to October 10, 1868. The sugar producer Carlos Manuel de Céspedes and his supporters proclaimed Cuba's independence from the colonial power of Spain. The so-called Ten Years' War, was the first of a total of three wars of independence against the Spanish colonial power.

Every year in December one of the most important film festivals on the Latin American continent takes place in Havana. Get all the information on the website of the event!

On December 2, 1956, Fidel Castro and Che Guevara landed with 80 rebels in eastern Cuba. The arrival of the Granma yacht expedition marks the beginning of a new period of the Cuban revolution war. At present, every year is celebrated on that date, the Revolutionary Armed Forces day.

While the Christian holiday was abolished after the revolution, Christmas has been celebrated again since 1997. The shops are open in the mornings. Later the families gather and eat and at night people often go out. 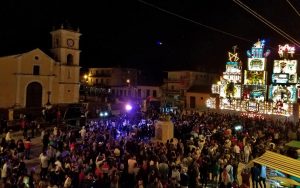 At the end of December, a large festival is celebrated in Bejucal - a suburb of Havana. The Charangas de Bejucal have a long tradition and, with the Carnival in Santiago and the Parrandas de Remedios, are among the most important and historical events in Cuba.

On several days there are concerts and a big competition, where two competing groups dance on floats, which keep moving upwards with the sound of the traditional conga. Some of the most popular artists in Cuba play at concerts.

At the end of December a big festival is organized in Remedios. The Parrandas de Remedios have a long tradition and, as mentioned, are among the most important events in Cuba. At the festival there is a lot of fire and fireworks in the backdrop of the beautiful historic small town.

On the last day of the year there is still a lot of activity in the morning. The last preparations are being made. In the afternoon at the latest, the country comes to a standstill. In the evening there are no fireworks or other large public events. Usually, Cubans spend New Year's Eve with the families, they eat and celebrate at home. When people go out, they do so well after 12 am.

There is a ceremony on television at midnight. Cannon shots are fired from La Cabaña fortress in Havana in memory of the triumph of the revolution. The years in Cuba are counted with the victory of the revolution. So the 59th, 60th, 61st ... years will be heralded. A cannon shot is fired for each year. In the tourist places special events are offered for vacationers. 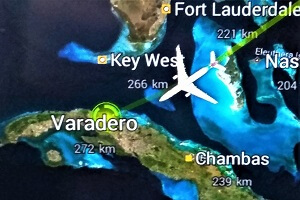 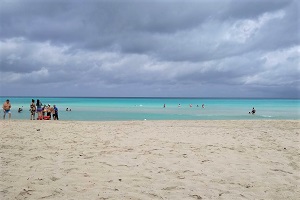 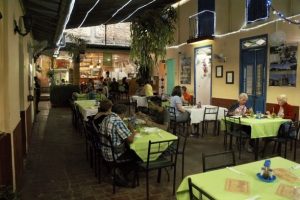 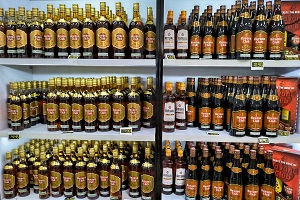 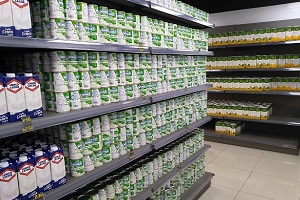