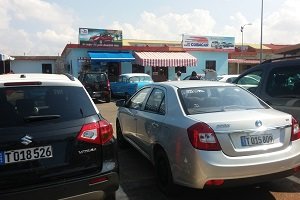 How to Rent a Car in Cuba

The most comfortable way to get around Cuba is undoubtedly a rental car. Hardly any other destination can be explored as relaxed with a rental car as the Caribbean island. However, some peculiarities of the country should be taken into account when choosing that mode of transport. In this article you will learn all you need to know if you plan to explore Cuba as a self-driver.

Having your own rental car will definitely give you the highest level of mobility. Travelling with the popular intercity buses is quite reliable and cheap, but still relatively time-consuming. Already getting to and from the bus station is often exhausting and expensive. Taking a bus you will also be strictly bound to the bus schedule. In contrast to regular buses, traveling by taxi is much more reliable, comfortable and faster, but it will be much more expensive and less flexible than round trips with rented vehicles. 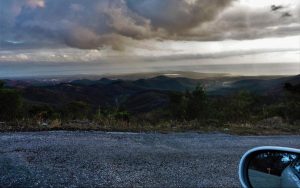 Remote places can hardly be reached without a rental car

Having a rental car, you can easily take a detour and reach regions that you wouldn’t be able by any other means of transportation. With a car you will be able to get a lot out of a trip in a very small period of time. However, a small downer is the rather high cost of the rent of a car.

Apart from its cost, there are not many other concerns: It is actually not difficult to rent or drive in Cuba. There are few countries in the world where you can drive so relaxed, also because there is very little traffic throughout the island.

The following articles inform about relevant information, that you should take in account, when you consider to rent a car in Cuba.

There are a bunch of different rental car categories in Cuba. While the smallest vehicles are grouped as "economico", medium-sized cars fall in the category "medio" and the luxury named "alto". Travelers that plan to explore the mountains find also SUV's and groups can rent minivans.

The prices for rentals are pretty high in Cuba. Depending on the season and rental category you will pay a minimum of about $60 per day. A small SUV or medium Car is typically in the price range of $75-$120 per day. For a large luxury vehicle you need to pay a further surcharge. 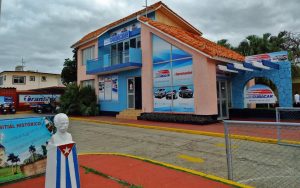 If you want to rent a car in Cuba you have to choose between four different companies, that operate under the brands havanauto, REX, Via and cubacar. All Cuban vehicle hire companies are run by firms that belong to the Cuban government.

It is highly advisable to reserve a car as early as possible, because it regularly happens, that there are no cars available, especially during the high season in winter. Booking a car in Cuba is often not possible, because cars are out of stock. Therefore, better don’t trust on renting a car just upon arrival.

Most roads in Cuba are in an acceptable condition. This is probably due to the very little traffic. In general, driving is very relaxed, because the few drivers that you find on the roads, usually drive slowly and carefully. Wild driving - as is common in other Caribbean islands - hardly occurs in Cuba.

But there are also a few dangers - beginning with the handover of the vehicle. Find our more about streets and traffic and how to drive safely. 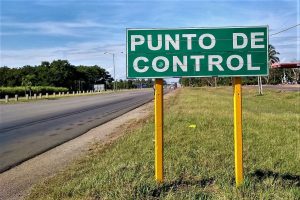 Checkpoints along the route

There is hardly any traffic outside the metropolitan areas. The few drivers on the road, usually drive slowly and carefully. Wild driving, as is common in other Caribbean islands, hardly occurs in Cuba, because the state ensures law and order in road traffic. The only highway, “Autopista Nacional”, has so little traffic that drivers cross the four lane highway to turn around.

Driving in Cuba you’ll frequently pass police check-points. On regular basis mobile controls can be observed, which regularly have speed and alcohol checks as their object. It is important that all vehicles have to reduce their speed when passing the checkpoints. 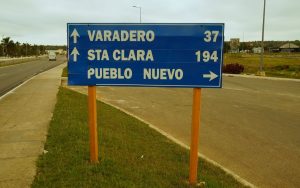 ­There are few countries in the world where you can drive so relaxed as in Cuba. While in remote areas  roads can be disastrous conditions, the main routes are at least in a decent condition.

Cubans usually drive slow and carefully. This is also due to dangers in road traffic, like large potholes, animals and pedestrians. The same driving style is highly advisable for all visitors.

The traffic signs in Cuba are quite neat and easy to understand, at least in most parts of the country. For a simple navigation it is good to get a map before hitting the road. A quite simple and completely free way is to download a free offline navigation on your smartphone from home.

Cuba has a fairly well-developed network of gas stations. All gas stations are operated by a state-owned retail chain. Gasoline is generally (!) in stock, but to be on the safe side it is advisable to refuel early, especially in remote areas. Regular gasoline is priced at 1 USD per liter. However, many rental cars require the somewhat more expensive Gasolina Especial, which costs around 1.20 US-Dollars. The majority of the gas stations have small stores in which you can buy a few basics items.

There are rest stops along the highway, which typically have a poor supply comparable to gas stations, but are equipped with toilets. At these rest stops you can have a coffee (US $ 1) or, with a bit of luck, buy a sandwich (around US $ 2).

Since there are hardly any vehicles in Cuba, finding a parking space is usually quite easy. Parked vehicles are usually safe during the day, of course you should never leave valuables in unattended vehicles.

All over the island there are guarded parking spaces, mainly at beaches and other more heavily frequented locations. The parking fee is usually a flat 1 US dollar. As a foreigner, one usually tips an additional US dollar for the service. While cars are fairly safe during the day, it is highly advisable to park only in secured parking lots at night. If the accommodation of your choice does not have a garage, there are a few methods that can ensure a safe night for your rented vehicle.

In case of a breakdown or emergency you can contact the Cuban breakdown service or/and the police. The emergency number will be given when the contract is signed or at the latest when the vehicle is handed over. 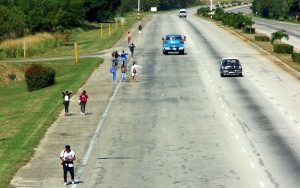 Hitchhikers on the highway

There are a few things that drivers in Cuba should know... 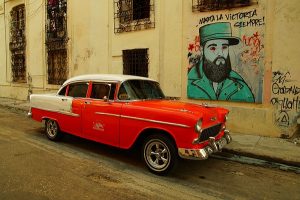 Hire a classic car with driver

If you can't - or don't want - to drive, you have several other options to get around the island. Besides travelling by bus, train or taxi, there is also the possibility to hire a car with a private driver.

Basically you have two options to hire a driver: You can hire a driver with a classical American car or rent a regular modern rental car, but instead to drive, there is an option to hire a professional driver as additional service, offered by the state-owned rental company REX. 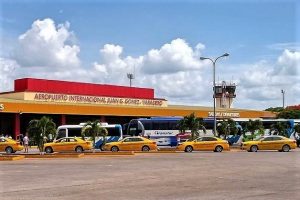 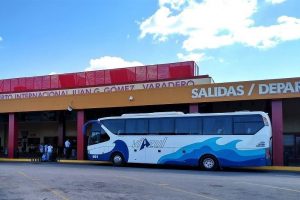 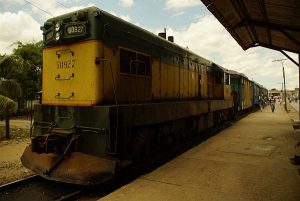 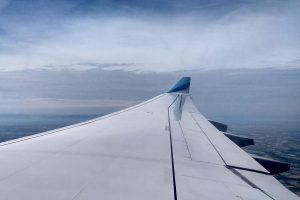 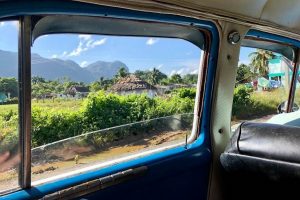 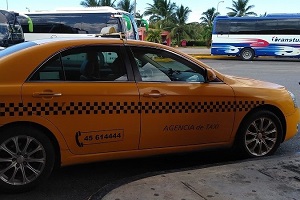